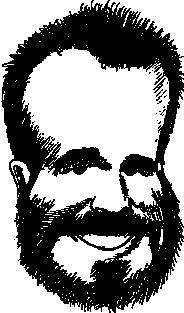 He has been leading the Bayesian Programming research group since 1992.

The central subject of this group is stochastic models for perception, inference, learning and action. The thesis defended by the Bayesian Programming group is that the subjectivist approach of probability is a simple mathematical theory of cognition and rationality, an alternative and an extension of logic. The group elaborated the Bayesian Programming methodology and software tools along these past 30 years. 30 PhD theses have been defended and numerous papers have been published.

The ProBT® Bayesian inference engine has been developed by the Bayesian Programming group and is now commercially available via the ProBAYES company. Pierre Bessière is a founder and scientific adviser of this company (2003). Probayes is part of La Poste group since 2016.

The scientific purpose of BIBA and BACS was to explore Bayesian models for both robots and living beings. The projects were organised along 3 axes of research and development: (i) neural basis of probabilistic inference, (ii) Bayesian models of human and animal behaviours and, (iii) new probabilistic methodology and techniques for artefact conception and development.

The BAMBI project added to these subjects the field of stochastic circuits for Bayesian inference. The main result of the BAMBI project was the creation of the HawAI.tech company in 2019 dedicated to development of specific hardware for probabilistic artificial intelligence.

Finally, Pierre Bessière, gives several post-graduate courses in cognitive science and in computer science at both Grenoble University, the Swiss Federal Institute of Technology and Sorbonne university. He also offered tutorials in different international conferences on robotics and artificial intelligence.

Before 1992, Pierre Bessière took in 1983 his PhD in computer science and applied mathematic at the University of Grenoble, then he went as a post-doc at SRI international (Stanford Research institute) where he worked on a project for NASA and, finally, he spend several years in the robotics and artificial intelligence industry.

He entered CNRS in 1992 and worked in Grenoble (INRIA and LIG laboratory) from 1992 to 2010 and in Paris (Laboratoire de Prof. Alain Berthoz in Collège de France and then ISIR laboratory at Sorbonne University) form 2010 to present.