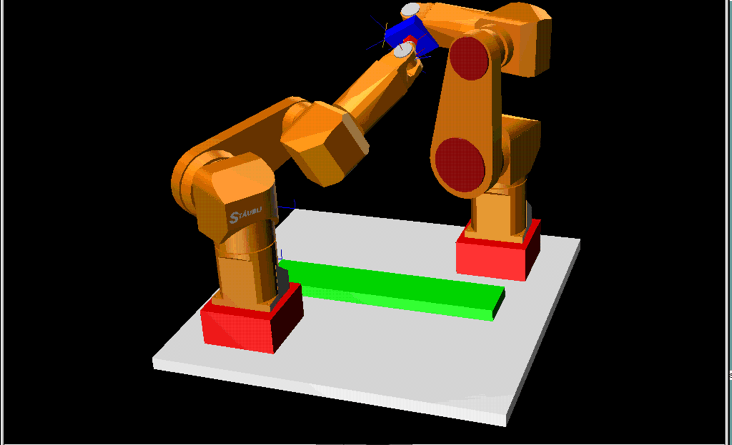 This thesis presents a methodology based on bayesian formalism to represent and to handle geometric uncertainties in robotics and CAD systems.

In such systems, using geometric models requires necessarily a more or less realistic modeling of the environment. However, the validity of calculation on these models depends on the degree of their fidelity regarding the real environment. It also depends on the capacity to represent and to take into account possible differences between models and reality when solving a given problem.

The approach presented in this work may be seen as a generalization of constraint-based approaches where uncertainties on models are taken into account. A constraint on a relative pose between two objects is represented by a probability distribution on parameters of this pose instead of a simple equality or inequality. After the specification of the constraints, the joint distribution on the parameters of the model is constructed. For a given problem, the marginal distribution on the unknown parameters is inferred using probability calculus. The original problem is reduced to an optimization one over the marginal distribution to find a solution with a maximum probability. This marginal probability may contain, in the general case, an integral on a large dimension space. The resolution method used for this integration/optimization problem is based on an adaptive genetic algorithm. The problem of integration is approached using a stochastic Monte Carlo method. The precision of this numerical estimation of integrals is controlled by the optimization process to reduce the computation time.

An extensive experimentation of the approach was made possible thanks to the design and the implementation of a bayesian CAD system. The easiness of specification method made possible to test our method on numerous robotic applications. Experimental results have demonstrated the effectiveness and the robustness of our approach.